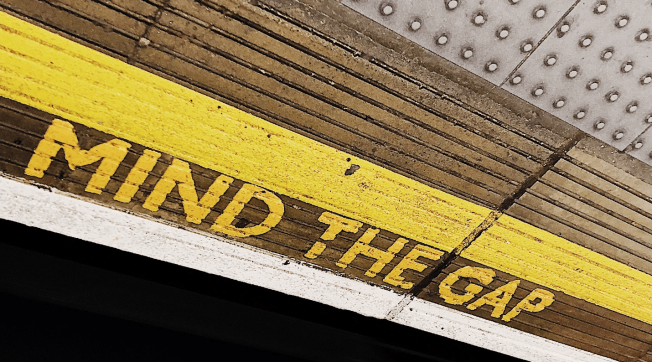 How many times have we said to ourselves, with the deepest intentions, “This part of my behavior has to stop, it’s just not working for me?”

And then we resort back to old behavior – still holding the best of intentions.

Why is it so easy to be our own worst enemy, especially in the arena of making personal change?

What can we do to eliminate the gap between intention and action? What stops us from aligning our beliefs and motivations so that they produce the changes we want to feel and see in our lives?

Resistance to change is powerful. In one study of heart patients, told they would likely die without making lifestyle changes, only one in seven followed the medical recommendations. I’m sure that the six who didn’t change truly want to live.  Change is a decision-making process involving different regions of the brain that become integrated, resulting in behavior and actions. However, too often it’s just a decision to change, not the actual behavioral change we want.

When we want to make a change in our lives, it usually starts with an intention that can be either an articulated expression of some desire or a privately held thought. For example, I might say that I want to lose weight or, think that I want to work on changing the nature of my relationship with a colleague at work..but the weight stays on and the relationship doesn’t change.

What stops me? Why is there such a  gap between intention and action?

In order for change to occur, the part of our brain responsible for taking action (motor cortex) must be activated. Before that part is activated there is a weighing of the pros and cons of information emanating from different brain regions, and processed through the “executive center.”

Key among all the bits of information that are calculated in the decision-making process, are emotions. Too often, however, emotions are left out of the process. We overlook or override the feelings that are often in conflict over the behavioral change we are trying to make. In other words, rational thinking only, is not the pathway to change.

Change is not a singular event. It involves discomfort, pain, decision-making and action, each of which has its own neurological counterpart relating to different regions in the brain.

Having the will to want to change is not necessarily the problem; rather the challenge lies in the space between wanting and ability… intending and action. So, how do we fill that space and what are its contents?

According to author David Rock, “Even when we are willing to change, our brain is triggered to be on guard when changes are introduced.”

A major factor in making changes in our lives has everything to do with how and where we focus our attention. Once a habit (emotional reaction, or thought) has been hardwired, we cannot undo it. However, it’s possible to create new wiring by paying attention to what we want to replace it with. This is where the brain and mind converge to play a crucial role in making changes in our lives. Consciously choosing (the mind) what we focus our attention on effects change in the very structure of our brain.

Studies show that the brain’s ability to make new connections is due to its neuroplasticity, where focused attention plays a critical role is in creating physical changes in the brain. For example, let’s say I want to change the way I respond to a colleague at work (with whom I have a rocky relationship).  If I decide I would like to be more compassionate towards him, then the process of changing my behavior begins with consistent self-awareness of that intent, not just when I see that person and engage in communication.

In other words, I need to hold my intention in memory before I have an interaction with my colleague, as opposed to remembering to be compassionate only when I see my colleague.. This requires paying intense attention to the change I want to make over and over.  According to Srinivasan S. Pillay in his book, Your Brain and Business, “intention and action must be coupled in the brain at all times (my italics) for the action to be successful.”

What stops us from remembering our intention and taking action?  Among the possible explanations for not having our intentions realized, is the impact of internal distractions – competing thoughts. From a brain perspective it requires switching our attention from one thought to another, or from one task to another.  Perhaps we’re holding too much obsolete and negative information in our long-term memory. Time to let go.  Or, do we need to prioritize our “decision lists,” freeing up our short-term (working memory) so we can direct our thoughts and manage our emotions (specifically, fear) more productively as we move from intention to action.

One of the biggest challenges to accomplishing this switching action is inhibiting competing thought patterns that in the past have held us back from making changes. These disruptive patterns of thought are a result of habit formation – strengthened brain circuits created through repetitive behavior.  One way to meet the challenge of distraction and to inhibit competing thoughts is to become aware of our inner dialogue. What are we saying to ourselves? What kinds of stories are we making up about our life?

We can ask ourselves – “What new narrative representing the totality of my being will activate the reward centers of my brain and move me from just thinking about what I want, to actually taking action?”

It’s like the 100 yard track athlete with both feet in the starting blocks, waiting to race to the finish line, but nothing will happen until the starting gun fires.

New thoughts, new narratives are the starting gun moving us to act.

One thought on “Making Changes: Closing the Gap Between Intention and Action”