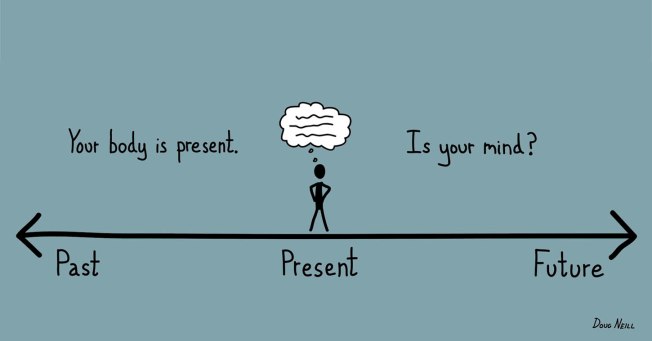 Jim, a recently promoted millennial, has just finished his first one-on-one meeting with Anita – an older, long-time employee and team leader on an important project.

Walking back to his office, Jim’s thoughts flash back to the meeting with Anita and how badly he responded to some of her questions. Although aware of the way he handled himself, the more attention he gives to his behavior –  which he feels could be seen as defensive and condescending  – the deeper his feelings of regret and guilt.  He knows that he has a past history of defensive behavior when he gets emotionally triggered and he feels bad about leaving such a harsh impression with a new colleague.

How can Jim use mindfulness practice to overcome these traits and eliminate the unproductive consequences? Just being aware of his behavior is not mindfulness. Mindful awareness is more than just being aware. END_OF_DOCUMENT_TOKEN_TO_BE_REPLACED